What's on your mind?

I currently have the Sedan you used to get for free back then. I've saved up 110k and I don't know what car to buy and still have money for mods. Any suggestions?

Land Vehicles
Grind for the LaFerrari, P1, Veyron, or Agera
Grind more for the Zonda R
Grind even more for the Lykan or Veneno
Spend too much time grinding for Roadster/Egoista
Devote my life to grinding for the Yacht
Get an Impala

If you change the keybinds for opening your phone it becomes unknown and you cannot change it back. For some reason right click and left click are the only things that can open it, but if i try to click on something once it opens it closes the phone. Does anybody know a fix.

I have seen some people get gems from just finishing the progress bar and getting the car and some gems but I have not received any. Is there any way to get gems besides buying Robux? I missed out on D-Muscle and would really like to buy it.

They make me fly T_T

I went into the game and it gave me three options to click on. the options were not in English so I couldn't read what they said. I clicked the second one and when I was in I went to get a car out and there was only one car in my inventory.

How do I reset my account in the game so I can get all of my cars back?

My car auto-steer sometimes, can someone tell me how to fix this cus its literally ruining my races

Is it possible to get banned for afk grinding without a script?

Im a xbox player and in middle of races i commonly go in drone mode. I want to delete the drone from my inventory. How do i do this. Im on Xbox.

So, I was racing in the hotwheels season, when i press the spacebar, and the camera glitched underground. It would revert back to my character upon pressing f, but it's annoying. There is no other way to fix it. Anyone know why?

My agera for strange reasons can not go faster than 125 MPH WITH MAX STUFF and it has Pro Long Gears, this is really frustrating because I spent 1.6m on the car and it sucks for me now and I can't even use it, the acceleration is also now bullcrap. Please tell me how I can fix this.

I don't know if i'm putting this in the right place but something ruins the driving if you use an xbox controller. When using nitro in the car, it still moves around in your backpack. This means during a race if u press trigger after moving around in your backpack, you can spawn your drone and ruin your time because of the wasted 3-5 seconds and it is just really annoying.

Just a thought, but as I've been browsing this wiki for a bit, I've noticed that some of the articles have some bias towards certain vehicles, for example, the page on the Luxerapide Vacances (Bugatti). There's clearly a strong view and some editorial bias towards the Bugatti. Just a thought, everything should be written from a neutral POV.

Avoid stating your opinions as facts, for example, a vehicle article should not state that "(X) car is bad", rather, it may state that "(X) car has been described by the playerbase as a bad vehicle", This way, it tells you that multiple people have reviewed this vehicle, and that it isn't writtin in Vehicle Simulator Wiki's voice; it's attributed to a particular source. Don't make assumptions as well unless they have some kind of backing. A neutral POV presents hard statistics, not a opinion from someone treating the vehicle page like an editorial*

(In some cases) Don't state facts as opinions as well, any uncontested and/or uncontroversial factual statements should be stated in Vehicle Simulator Wiki's voice. It's also helpful to add a link or source for verifiability, just some evidence to support it. This might just be me nitpicking, but try to word it so it sounds uncontested.

Again, it's just a thought, so don't jump all over me.

*A neutral POV won't sympathise or disparage the subject. If someone wants to buy a vehicle, they want to know the cold, hard stats in a more disinterested (for lack of a better term) tone, as in you write the article as if you don't hold an opinion, even if you do. If I want to buy a vehicle like the Bugatti, I don't want to see: "The Bucatti Vacances is probably the worst supercar you can get in this game.", since that discourages me.

I just bought the Tesla Cybertruck, and started customizing it. I decided to change the tire style, to see what the others would look like. However, I can no longer find a way to revert the tires to the original type. Additionally, none of the tire types actually render properly outside of the garage. Anyone know a fix to get the 'actual' default tires back, or to make them visible? 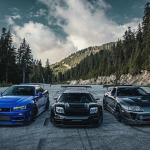 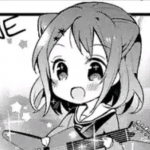 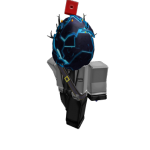 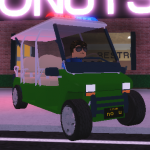